Wordless Wednesday: Twins? Nope! My Mom and I 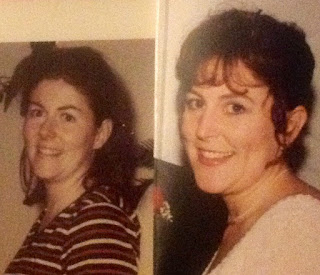 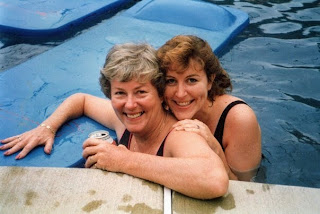 Email ThisBlogThis!Share to TwitterShare to FacebookShare to Pinterest
Labels: generations, mother and daughter 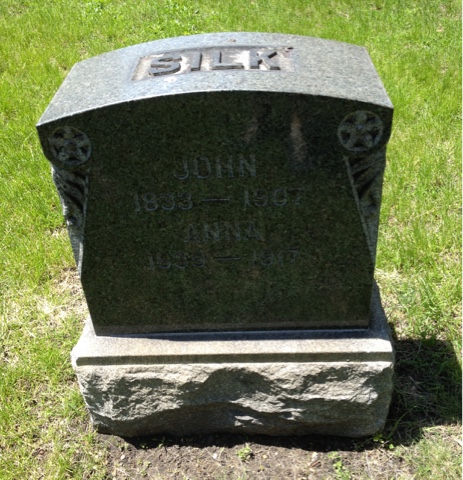 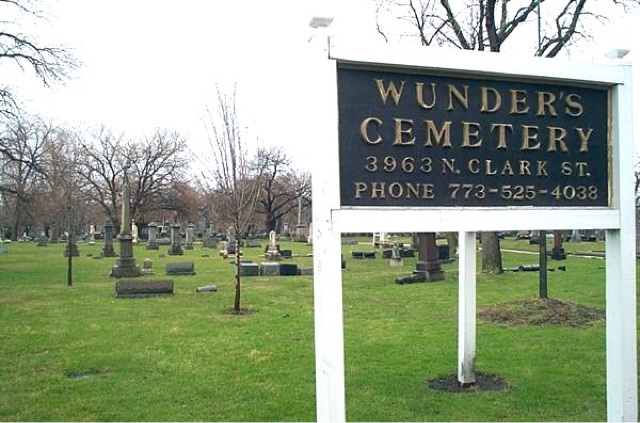 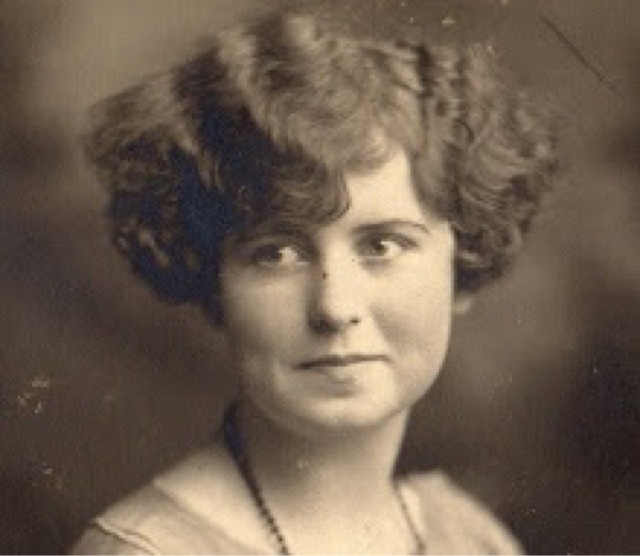 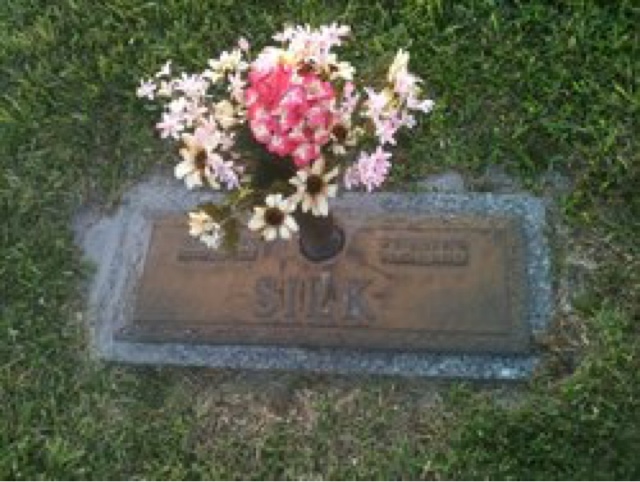 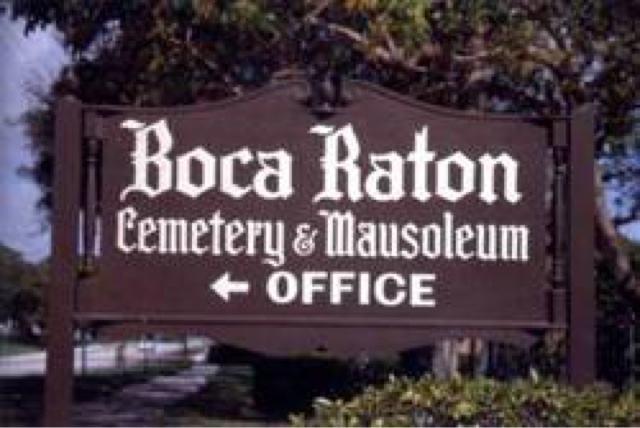 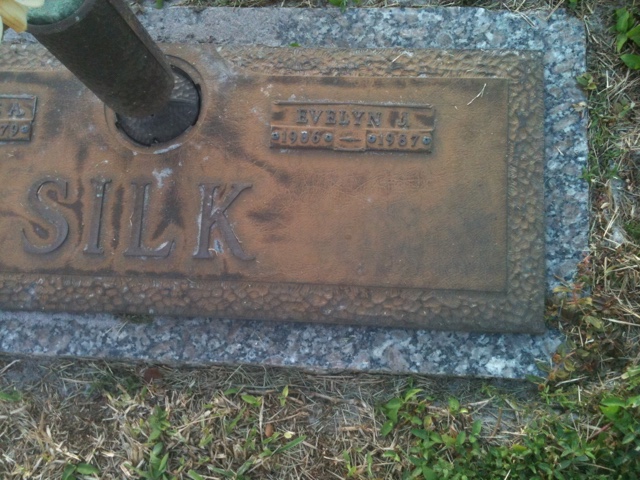 Sports Center Saturday: My Mom the Majorette "We were much cooler than cheerleaders"

My mom as the Co-Captain of the Majorettes her senior year at Washington & Lee High School in Arlington, VA. Here is the caption from the yearbook:
High Stepping Twirlers Parade at All-Star Bout
State Champion Twirler Anne Pierce led the largest group of majorettes in several years as they brandished their flags and fire torches at featured events during the year. By special invitation, they appeared with the marching band at the first U. S. College All'Star Game and the opening of District Stadium, executing several precision drills to the martial tunes of the band.
Pint-sised addition to the majorettes, Elaine Pierce served as team mascot. She came to the group at the beginning of the year and performed in many of their routines.
By request the girls also appeared in the annual George Washington parade at Alexandria. As a tangible reward for their baton twirling at school affairs, the majorettes received recognition at the sports banquet in the early part of November.
Flagbearing majorettes, Co'Captain Sharon Sauls and Captain Anne Pierce, strut across the field during a practice session.
(Mom is the beauty on the left!) 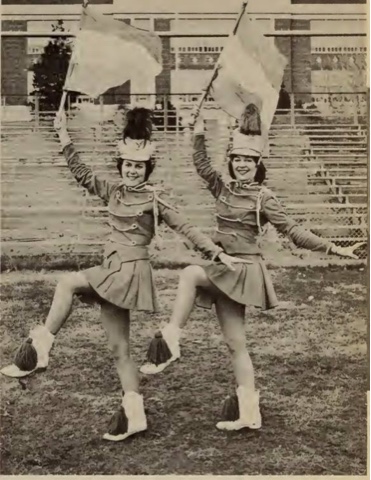 In the last post, I asked if anyone could tell me what was Leroy's profession...hoping the image of a hot air balloon would stir up some interesting answers.

LeRoy's life was more fascinating than anything found in fiction. He worked as a Meteorologist for the U.S. Weather Bureau. In 1924, he conducted several experiments in a manned free balloon...which, I believe, made him the world's first Storm Chaser.

Posted by My Genealogy Girl 1 comments

I am going to be starting a series of blog posts (and maybe one day something more than that) about my Grandfather's cousin, C. LeRoy Meisinger. Any clue as to what his profession was from this picture? 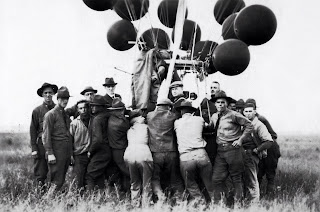 
One Christmas...I was about 15...my parents thought it would be a wonderful idea to have a real tree. And by real tree I mean a live tree...a tree that would be beautiful - fresh, green, have that pine smell...and have a blob of dirt and roots the size of a VW Beetle! Ok not really...but it was pretty dang big! I wish I had a picture of my mom's face when my dad brought the tree into our house through the sliding glass door in a wheelbarrow.

Mom draped a sheet over the ball of dirt and the wheelbarrow, and we decorated. The tree was beautiful and green and smelled fresh. It was a wonderful tree, and we enjoyed our tree all Christmas season...all five days...

See the great thing about having a live tree is also the worse thing... On Christmas Day...after all the presents have been unwrapped....my Dad and Uncle wheeled the tree back through the sliding glass door...dig a hole in our yard...and plant the tree...my mom vacuuming the dirt away as my aunt takes the sheet to the laundry.

So there was our Christmas tree on Christmas Day, in our yard...some tinsel still clinging to the branches blowing in the cold December wind...enjoying the sunshine.


Posted by My Genealogy Girl 0 comments 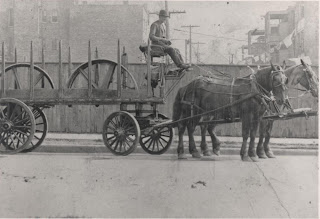